Books of the Year

Tender is the Night – F.Scott Fitzgerald 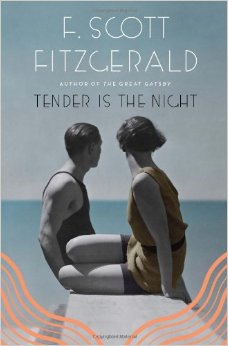 One of the pleasures of reading is re-reading. I must have read this novel as a student and I’ve read it at least once since then, enjoying it both times. This time was different though. It did that thing that only great books can do. Not only did it transport me into a world which I will never experience, it also opened up parts of my own thoughts and feelings which I barely knew existed. Not that my life is remotely like Dick Diver or any of the other characters but in their relationships and lives, our humanity is revealed as much as their characters. The staggering thing is that those details aren’t the best thing about this novel. It’s the writing. The beautiful, beautiful prose. From the wonderful opening chapter to scenes where Fitzgerald describes the Divers at dinner and to what is probably one of the greatest endings in literature, the narrative is spellbinding, breathtaking. I suppose the pleasure of re-reading is not that a novel has changed but that the reader has. Sometimes it takes a novel to tell you why and how and what to do with all the fragile beauty the world has to offer. 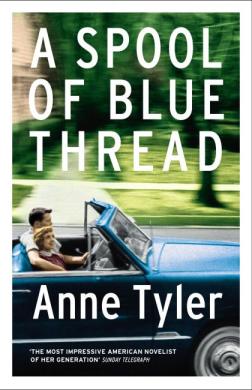 I’d always found Tyler too….too…twee. This is clearly a fault of mine rather than the novelist. Nothing spectacular happens in this novel, at least on the surface. It’s the story of a family, the Whitshanks, and how that family happened to be. The setting is, as in all of Tyler’s novels I think, Baltimore. But it could have been set anywhere. What she’s really interested in is the coincidences which bring people together, the ties that bind family members to each other, the fragile relationships which exist between people and the paths that these people choose. It’s such an easy read in so many ways but she has a gift of leaving things unsaid or, at the end of a chapter, writing something that makes you think of what you’d read previously in an entirely different way. From the very first sentence I could hear the voices with Tyler ironically making fun of her protagonists but never judging them. She encompasses the lives of all these family members over such a vast number of years, with tenderness and humour and grace. 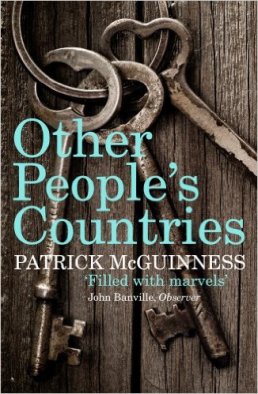 Like Tyler’s novel this is a book about identity. What makes me me and you you. For McGuinness it’s a journey that’s required more than most perhaps. He sort of grew up in Bouillon, a Belgian town near the French border but his father was a Geordie from Irish descent. Sent to England to be educated he now has two Welsh-speaking children and he writes the book for them. The book’s genre is also difficult to pin down. Part autobiography, part biography of a town, of a family, part travel writing, part prose, part poetry. Yet, it never falters and is a book of such richness using what on the surface seems such mundane material, this small provincial town. The mundane, McGuinness recognises also has much richness. He has a poet’s eye and a poet’s gift with language as he describes his family, the Lejeunes and the particularities of the Walloon town in which they lived. In a changing world McGuinness wants to capture this town, this family’s fading existence, like the photographs he uses to guide his reader through the town. It is powerfully moving, funny and poetic as he makes the ordinary extraordinary. Take this line about his grandmother who as a seamstress, made him suits in his younger days, “Lucie must have sewn a lining into time itself, because when I’m in her house I find myself feeling my way inside it for a whole life I hid there years before.” It’s full of treasure like this and the whole book is one to treasure. Read it.

Image | This entry was posted in Fiction, Uncategorized and tagged A Spool of Blue Thread, Anne Tyler, Boos of the Year 2015, F. Scott Fitzgerald, Other People's Countries, Patrick McGuinness, Tender is the Night. Bookmark the permalink.