Most of the time, I tend to read whatever’s on the bookshelf or whatever’s been recommended by others. Here’s what I’ve enjoyed reading this year. Why not let me know what you’ve enjoyed in the comment thread which follows. 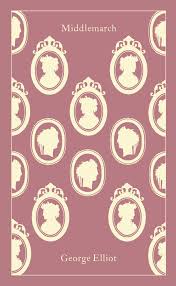 It’s difficult to think of a better novel. ‘Anna Karenina’, ‘Great Expectations’ perhaps? The experience of reading ‘Middlemarch’ is one filled with riches. Ostensibly, it is about Dorothea Casaboun, but it is really about so much more. Eliot seems to consider a whole swathe of Victorian society as well as meditating on life, death, love and relationships. It’s a novel which yields more and more each time you read it. A work of genius.

Shortlisted for the T.S. Eliot Prize and surely a strong candidate for the Wales Book  of the Year, Petit’s collection is mostly based around her father’s death and Paris. Striking metaphors create new ways of seeing

people and the world in which they belong. Birds play a prominent role and ‘How to Hand-Feed Sparrows’ is a breathtaking poem. Like the whole collection, it is a poem of tenderness and maturity.

Here’s an example of what lies within:

Black Jaguar at Twilight
He seems to have sucked
the whole Amazon
into his being, the storm-clouds of rosettes
through a bronze dusk.
I’ve been there, shelteredunder the buttress
of a giant, felt
the air around me –its muscles tense,
stalking me
as I stumbledthrough dense fur,
my father’s tongue
wet on my neckas I fell into a gulch,
the blackout of his mouth.
And when I wokeI thought I heard
the jungle cough – this jungle,
the jaguar safebehind bars. I lean over
and touch his cage – his glance
grazes me like an arrow

In some ways this novel is the complete antithesis of ‘Middlemarch’. The prose is sparse, the ‘action’ monotonous. But that’s the point. Eggers has created an American Everyman and while it reads as a fascinating study of ageing and impotency, it also reads as a parable of America’s place in the world. With echoes of Beckett and ‘Waiting for Godot’, Alan Clay, his surname a suggestion of his bearing, waits with his new technology for the King that he hopes will be impressed and save his stuttering life. Humorous and full of pathos it’s a bold novel from one of the most intriguing voices in contemporary fiction.

This entry was posted in Uncategorized and tagged A Hologram for the King, Beckett, Books of the year, Dave Eggers, Fauverie, George Eliot, Pascale Petit, Waiting for Godot. Bookmark the permalink.

5 Responses to Books of the Year (part 2)